From The Meeting Wiki

Welcome to The Meeting Wiki

MeetingArk is committed to making meetings better. One way that we shall to this is by having a community-driven Wiki resource to capture knowledge and best practice from individuals, teams and organisations from across the world. Meetings impact on people every day. It is about time that people had a powerful impact on making meetings themselves more effective, efficient, fun and inspiring. 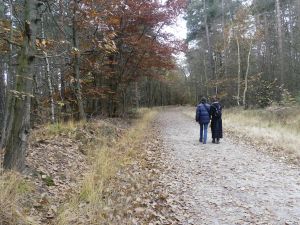 This is the section under Coverage Situated to the south-west of Windsor Great Park, the forest stretches from Bracknell, in the north, to Bagshot, in the south. It is owned and managed by the Crown Estate and comprises over Template:Convert of woodland across gently undulating hills. Although now mostly a modern plantation of Scots Pines, the area was once part of Windsor Forest. Swinley Forest includes Crowthorne Woods around Caesar's Camp between the Nine Mile Ride and Crowthorne; Swinley Park between Forest Park and the B3017; Bagshot Heath just west of Bagshot; and Swinley Woods around Kings Ride between the B3017 and South Ascot. Much of the woods cover what used to be moorland as indicated by the names of some of the hills, such as Broadmoor, Owlsmoor, Wishmoor, Gormoor, Whitmoor and Englemoor (now Englemere).

This is some stuff under the mountain bike heading Swinley Park once surrounded Swinley Lodge where the King kept the Royal Staghounds in Georgian times. It was at the centre of Swinley Walke, one of the sub-divisions of Windsor Forest.

In the 18th century Daniel Defoe - writing in the fashion of the time of regarding uncultivated land as wild and forbidding - described Bagshot Heath as Template:Quote

There are a number of late 18th century redoubts scattered throughout the forest. These defensive earth fortifications were built here not as working defences but as training grounds to carry out military exercises in the buildup to the Napoleonic Wars.

In May 2011 forest fires broke out throughout the forest; the cause is believed to be a mixture of the unseasonably dry conditions and arson. Although the fires were stated at the time by the Royal Berkshire Fire and Rescue Service to have been the most extensive fires ever tackled by the service, the extent of the damage to the forest was relatively limited. Template:Citation needed