The third stage in our model for effective meetings is Running a Meeting. The discussion groups on Running a Meeting encompass a number of topics, starting with chairing a meeting, followed by assigning roles. [read more] 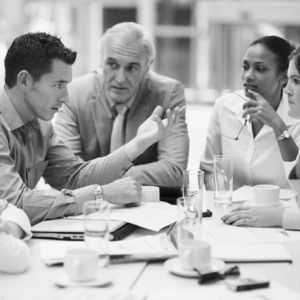